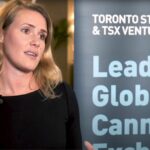 Hired in October 2019 as Managing Director and Chief Legal Counsel of Khiron Europe, Katterbach’s promotion to President aligns with the company’s commitment to diversity and inclusion across the company. organization, including at the executive level, the company said in a statement. .

“I would like to congratulate Franziska on her appointment, which comes at a very exciting time for our European team. Since joining Khiron, Franziska has been a driving force behind our European operations. Her regulatory expertise, strong leadership skills and their exceptional day-to-day operations management have enabled us to develop a differentiated, asset-light platform. Most recently, the European team launched another new product in the German market while tripling shipment volumes, demonstrating strong execution in Europe’s largest market,” said Alvaro Torres, CEO and Director.

Franziska Katterbach herself added, “I strongly believe in the European medical cannabis market and I am honored to lead our world-class team as we expand patient access, as well as our market presence, in Germany and UK. On behalf of the company, I would like to thank Tejinder for his many contributions to our European operations and wish him well in his future endeavours.

Tejinder Virk left the company to lead Akanda, formerly known as Halo Collectives, with operations in Lesotho. His resignation will result in the forfeiture of 2.2 million stock options and 600,000 previously granted restricted stock units.