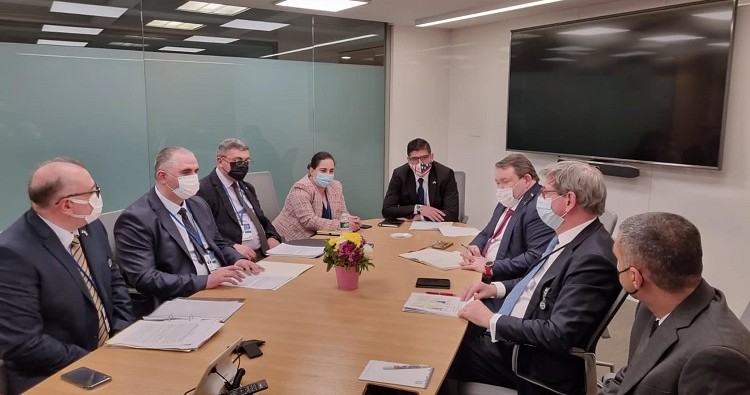 Georgia’s current macroeconomic and fiscal parameters were discussed at a meeting between Lasha Khutsishvili, Georgia’s finance minister, and senior officials from the International Monetary Fund, the state body said Thursday.

Georgia’s economic forecasts in the face of the ongoing hostilities in Ukraine were also the focus of the discussion, during which the country’s support for Ukraine and the implementation of international sanctions were also highlighted.

It was noted that the task of the country’s fiscal policy is to effectively manage the existing difficulties, implement important structural reforms and, at the same time, achieve fiscal consolidation,” the ministry said.

The discussion also focused on Georgia’s recent application for membership of the European Union, with the Georgian Minister describing the process of preparing responses to the EU questionnaire, received on 11 April, as “historic opportunity and responsibility to adhere to EU standards in our structural reform policy and programme”. .”

The Georgian official underlined the importance of the recently reached agreement between Georgia and the IMF on a $289 million program for the country’s macroeconomic and financial stability, calling it “a new expression of support”.

Khutsishvili also thanked IMF officials for their “active cooperation” and expressed hope that the partnership would help the country pursue growth-oriented economic and fiscal policies, the finance ministry said.

2022-04-21
Previous Post: Live Updates: Russia calls for Mariupol ‘liberation’ even as fighting persists in steel mills
Next Post: India, as chair of G-20 countries next year, has a unique role to play in tackling global challenges, says IMF chief