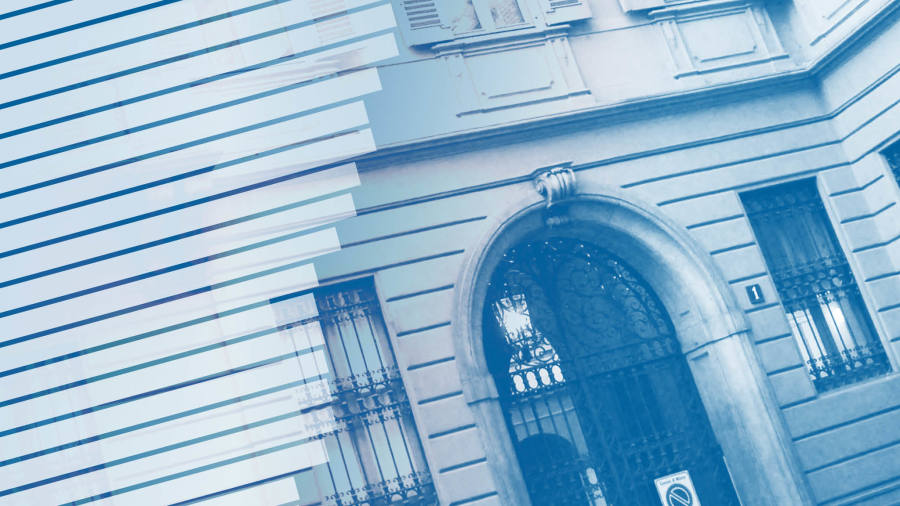 More than a decade after the financial crisis, European banks are facing a major test of their resilience.

This week, growing fears about the coronavirus pandemic and an oil price war caused the market to sell off. Businesses have spent a decade gorging themselves on cheap debt in an environment of ultra-low interest rates. A wave of defaults is now likely, and rising loan write-downs will affect banks’ already sluggish profits.

Since their recent peak almost a month ago, European banking indices have plunged 40% in a blind sell-off in financial stocks. This exceeds the 25% drop for all of 2018. European bank stocks are now trading at their lowest level since the 1990s.

The last slide cost shareholders around € 300 billion and left all of the major European banks to trade at significant discounts to their book value. On average, they are now worth about 0.4 times their net assets, or half the ratio of 0.8 for the top six U.S. banks.

Despite a series of monetary stimulus measures announced by central banks this week, investors remain cautious. New accounting standards in the US and EU also threaten to worsen the situation, forcing banks to recognize loan losses much earlier than under previous regimes.

“European banks remain a lightning rod of negativity, but they are stronger in terms of liquidity and capital than they were in 2008 and 2012,” said Benjie Creelan-Sandford, banking analyst at Jefferies.

French investment bank Natixis leads the decline, whose shares have lost more than half of their value since February 17 amid concerns over large losses in its H2O Asset Management business.

Italian lender Mediobanca is worst off in terms of declining market capitalization relative to total loans. Its shares have fallen 42% since February 17 amid concerns over its ability to absorb more bad debt and a drop in the value of its holdings of Italian sovereign debt.

Dutch lenders ABN Amro and ING also sold due to their significant exposures to the energy sector. Meanwhile, German Deutsche Bank has seen its early-year double-digit gains fade and reverse, and the stock is now trading at a new high.

European banks have much less leeway than their US counterparts in a crisis that could see their revenues fall by 5% or more this year. According to a measure of profitability, their average return on equity fell to 7 percent last year, less than half of the 16 percent generated on profitability by large U.S. banks, according to data from the European Banking Authority. .

In addition to struggles with stocks and earnings, lenders are reporting a rush of businesses using lines of credit, especially in the oil, airline, hospitality and healthcare industries. These companies are looking for cash to survive a potentially extended period of global quarantine.

However, European banks are this time in a better position to survive the shock. Regulators have forced them to build large capital buffers to absorb losses, reduce leverage on their balance sheets, and pull out of risky activities such as proprietary trading.

At the start of the 2008 crisis, the average capital base of European banks was around 4%, and today it is more than double and of better quality, according to Citigroup analyst Ronit Ghose.

“Unlike 2008, banks are not the cause of this crisis and, along with government policy, can be part of the solution,” said Mr. Creelan-Sandford of Jefferies.

Video: How the coronavirus hits global trade
2020-03-14
Previous Post: This is what European banks and stock exchanges are doing to keep trading amid COVID-19
Next Post: Where European banks stand on liquidity, as coronavirus profit warnings rise