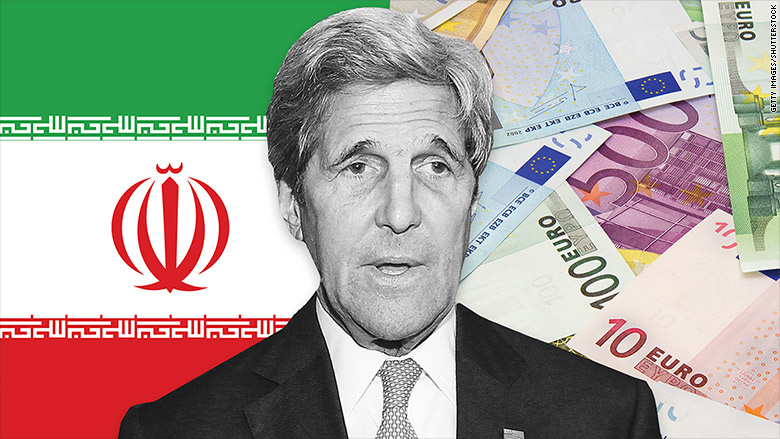 European banks are too afraid to do business with Iran

European banks do not want to approach Iran.

Some big companies have started signing deals with Tehran since the United States and other world powers lifted longstanding sanctions on the Middle Eastern country, but banks are very nervous after being burned in the past.

HSBC (HSBC), Standard charter (SCBFF) and that of France BNP Paribas (BNPQY) have all already gotten into trouble – and paid billions in fines – for dealing with Iran while US sanctions were in place.

The lifting of numerous sanctions in January was part of a deal to prevent Iran from obtaining or building a nuclear weapon.

But Iranian officials have raised concerns that the country is not reaping the benefits of the deal as many business opportunities are still out of reach.

It could undermine the nuclear deal, and that worries the US government.

The top US diplomat, Secretary of State John Kerry, met with senior executives from eight major banks in London on Thursday to try to reassure them that it is safe to start working with Iran again.

“As long as [banks] do their due diligence and know who they’re dealing with, they won’t be held to undefined and inappropriate standards here,” Kerry told reporters.

Standard Chartered was clearly not convinced by Kerry. The bank said in a statement emailed to CNNMoney that it would not accept any new Iranian customers or transact with anyone inside the country.

“Deutsche Bank continues to generally restrict Iran-related activities,” it said in a statement.

Other banks that attended the meeting, including Barclays (BCS), Societe Generale (SCGLF) and Santander (SAN) — did not respond to CNNMoney’s request for comment.

Kerry said a range of other factors besides remaining sanctions could also hold banks back.

The fact that President Obama is set to leave office at the end of the year could also deter some companies who fear that his successor (i.e. presidential hopeful Donald Trump) will try to cancel the Iranian nuclear deal and reintroduce sanctions.