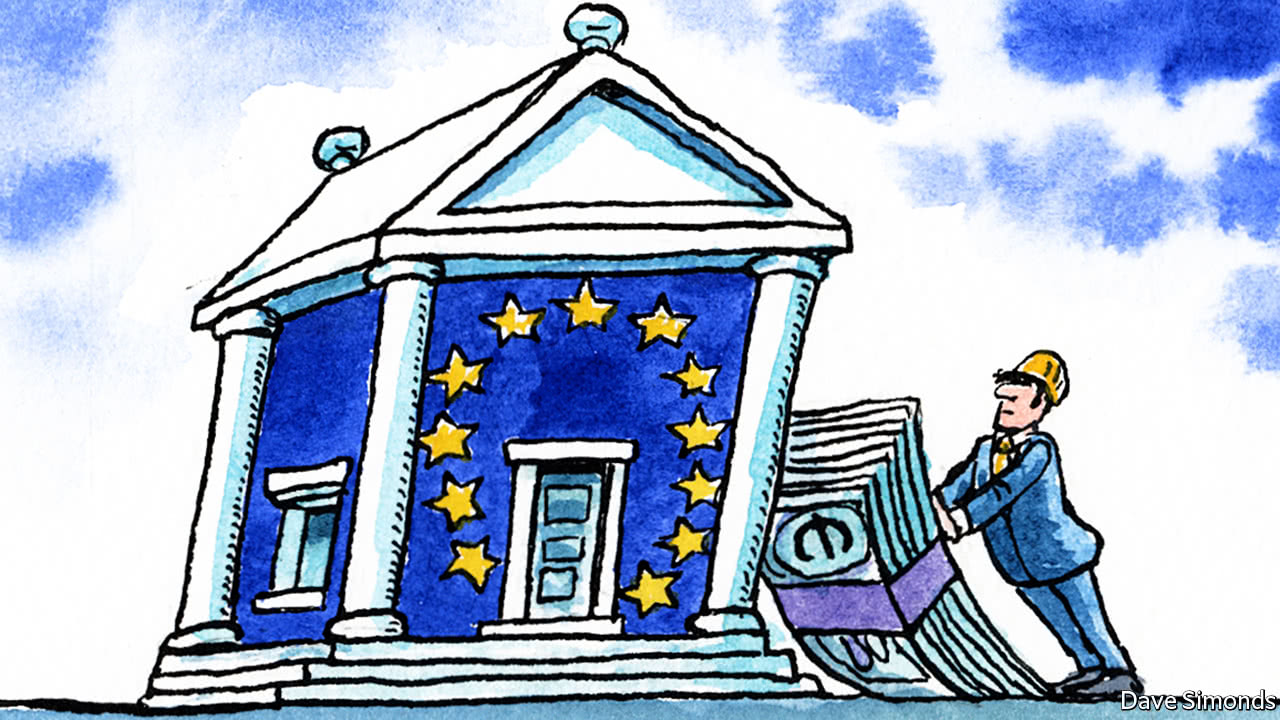 European banks are stronger than they were, but not strong enough

THE permanent revolution is rumbling. Ten years after the financial crisis, European bankers must wonder if the regulatory upheaval will ever end (read the article). Next month, two European Union directives start to bite. MiFID2 will make trading more transparent and require banks to charge customers separately for research; PSD2 will expose banks to more competition from tech companies, and from each other, in everything from payment services to budget advice. A new accounting rule, IFRS 9, also comes into effect, requiring faster provisions for credit losses. The post-crisis global capital standards, Basel 3, may finally be nearing completion, implying a further hike in capital requirements for some European lenders.

Amid this blizzard of letters and numbers, the European Commission is advancing on another front. He urges governments and the European Parliament to complete the EU banking union by 2019 and thus cut the “catastrophic loop”, in which banks and weak sovereigns are dragging each other down. Because regulators treat all eurozone government bonds, regardless of their origin, as risk-free, banks have an incentive to top them up to save on equity; and they favor the obligations of their home governments. If sovereign bond prices fall, as they did in Greece, local banks suffer the consequences; if governments have to support lenders, the spiral continues.

Much has already been done to weaken this link. A single supervisor, hosted by the European Central Bank (ECB), watches over the largest lenders in the euro zone. A single resolution board, supported by a central fund, deals with failing banks. However, the banking union is only half finished. The zone’s economic rebound may well make its completion less urgent (see Free Trade). But waiting for the next financial crisis to hit would be the greatest folly.

A big missing piece is a common European deposit insurance scheme. The Germans and other northerners balked at the idea of ​​bailing out supposedly thoughtless southerners. To allay these fears, the commission wants to go gradually: initially, if depositors had to be compensated, a European insurance fund would simply lend money to national schemes, which would then be recovered from other banks.

Northerners will remain wary. This makes two other elements of the commission plan essential supplements to deposit insurance. One is to bolster banks’ buffers, most likely with convertible debt, so they can withstand heavy losses. The other is to tackle the piles of non-performing loans which, although shrinking, still weigh on lenders in Italy and other countries in the South. This requires accelerating and harmonizing insolvency and collateral recovery procedures. The commission and the ECB are also working on rules for faster recognition of duff loans in the future.

All of this makes sense, but to break the catastrophic loop, the commission wants to go further. He studies an ingenious scheme, first proposed by a team of European economists, to create securities backed by a pool of sovereign bonds. The safest slices would be the risk-free asset, without nationality, which is currently lacking in the euro zone.

While worth pursuing, the transition to the safe asset would be torturous. After the purchases to support the asset, the markets for some government bonds will end up being rather tight. The Germans can suspect that they will remain the ultimate guarantor. Other means of strengthening European banks therefore remain essential. Consolidation, both inside and outside the borders, would be useful. Europe has too many small banks; even its largest lacking scale. And many academics believe that banks around the world should add even more capital to their balance sheets. The completion of the banking union is necessary for financial stability. It’s not sufficient.