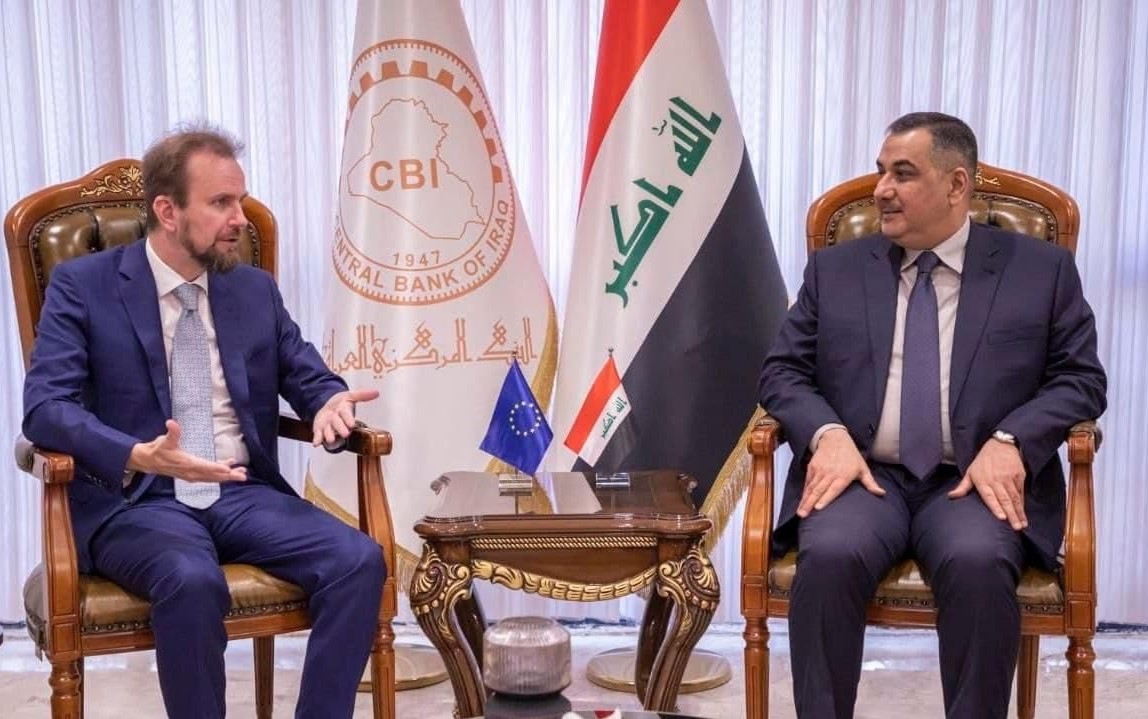 Baghdad (IraqiNews.com) – The European Union Ambassador to the Republic of Iraq, Ville Varjola, during his meeting on Monday with the Governor of the Central Bank of Iraq (CBI), Mustafa Ghaleb, expressed the will European banks to fund renewable energy projects in Iraq, according to the CBI press release quoted by the Iraqi News Agency (INA).

The statement mentions that Ghaleb and Varjola discussed bilateral economic and banking relations, particularly in the field of training.

Ghaleb confirmed that there are good relations with European Union countries, and Iraq is seeking to develop these relations, according to the statement.

Ghaleb said the CBI’s growing gold and foreign currency reserves over the past two years have a positive impact on achieving financial stability in Iraq, the statement said.

Ghaleb expressed his desire to strengthen cooperation between the CBI and the European Union in the field of training employees of the Iraqi banking sector, and to benefit from the expertise of European banking institutions.

On the other hand, Varjola praised the efforts of the CBI to remove Iraq from the European list of high-risk countries.

Varjola also indicated his desire to strengthen Iraqi-European relations in economic fields, according to the statement.

Varjola confirmed that major European banks would like to finance investment projects, particularly in the field of renewable energies, with Iraq presenting promising opportunities in this field.

Varjola appreciated the position of the CBI and its independence in terms of the political crisis in Iraq, and noted the wisdom and high professionalism of the CBI administration.